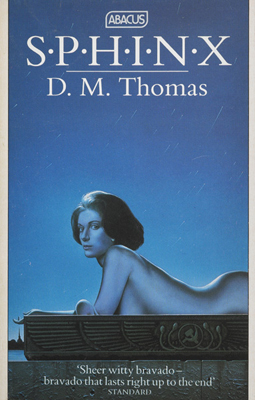 Third in my Russian quintet. Wanting to continue the sequence, I had the bizarre idea of having three sections, the first a drama, the second a novella, and the third a long poem. It was a foolish idea, and ultimately (I think) a failure.

The novella part was published in a French translation under its title of 'The Love Train'.

There are sphinxes on the banks of the Neva. On my first visit to Russia, in 1982, I went with a sphinx.

'A virtuoso performance... A brilliantly imagined world.'
New York Times
-- but I think that was much too kind.