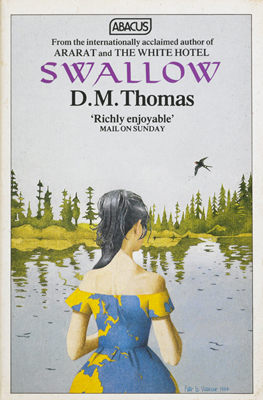 The second of 'Russian Nights Quintet'. At the end of 'Ararat', something that seemed open-ended suggested to me that I must go on. I was quite horrified, as I think were my publishers, who became increasingly fed up, that it eventually emerged as a quintet.

The Russian word for 'swallow' has a secondary meaning of 'seductive KGB woman trained to entrap Westerners'. There were schools for entrants. I would like to have lectured at one of those schools.

Were I to re-write it, I'd cut out most of the DMT and Rider Haggard spoof (usuccessful) about two thirds of the way through. But hey ho... I still like most of it.

'A brilliant free-range skit.'
--The Guardian