DM THOMAS NEWS
i SHALL BE READING WITH OTHERS AT THE TREMOUGH CAMPUS, PENRYN, 7PM, FRIDAY DEC.10.
IT IS A FRANCIS BOUTLE LAUNCH OF 'FLIGHT AND SMOKE', FOUR MODERN CORNISH PLAYS AND CORNISH SHORT STORIES. THE PLAYS INCLUDE 'HELL FIRE CORNER', NOW PUBLISHED FOR THE FIRST TIME.

I've had the interesting experience this autumn (2010) of re-reading all my novels. Interesting, simply because I never re-read my novels once they are published; so in most cases I was reading them for the first time in 20-30 years. you will find my reaction in the NOVELS section, and in the separate pieces relating to each book.

'FREUD... off the record' (Watkins/Duncan Baird Publishing), £6.99. My fictional interviews of the great man.
This is part of a series designed to make the subject comprehensible to the layman, in an entertaining way. It was fun imagining I was interviewing Freud. He even interpreted my dreams. This short book has a foreward by Edward De Bono.

Vintage have brought out my selected Anna Akhmatova. This was previously published by Penguin. This edition has a foreward by Carol Ann Duffy. It actually came out in 2009, but I didn't know about it till a friend told me she was reading it... Vintage had neglected to tell me it was out or send me a complimentary copy! Has an attractive Art Nouveau-ish cover.
This edition has 20 fewer poems in that the Everyman Pocket Poets edition, but it does contain my original introduction, which the Everyman (crazily) omitted.

My latest poetry collection, 'Two Countries', and my new translation of Pushkin's verse novel 'Onegin', will be published by Francis Boutle Publishers in the spring of 2011.

Luke Bedford's orchestral piece Outblaze the Sky was performed at the Proms on 28 July. According to the commentary: 'The title is inspired by the composer’s own reading - a re-working of a phrase in D.M. Thomas’ The White Hotel, which he read whilst composing this work. Bedford was particularly inspired by the ‘dreamlike and highly charged’ poem near the start of the novel, which seemed in certain ways to have parallels with the music that he was writing.' 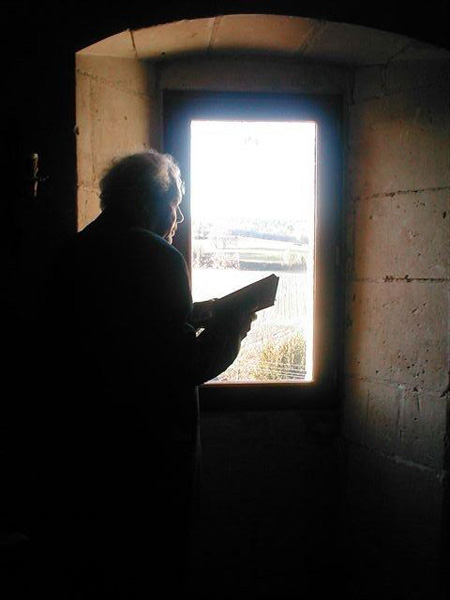