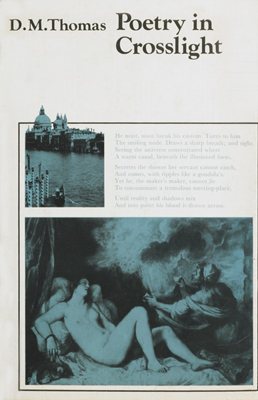 Unlike the other books in this section, this book does not consist of my own verse, but is an anthology which I have edited, with extensive notes and critical suggestions, , designed to be used by teachers. I use parallel texts, e.g. a poem with a related prose passage, or comparing different translations.

Other anthologies which I have edited are:
'The Granite Kingdom', poems of Cornwall, published by Bradford Barton; and
'Songs from the Earth', the poems of John Harris, published by Lodenek Press.