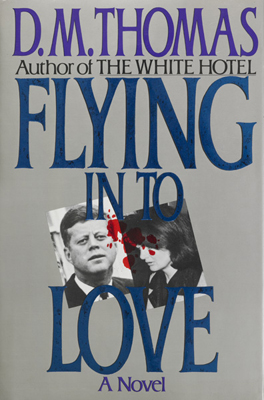 Love Field was where the Kennedys landed in Dallas, on the day of JFK's assassination. I was stricken by his death, and it went on working in my unconscious, mixing up with the early death of my father.

The US editor who adored this novel, and would have made me a great offer, unfortunately couldn't because one of her colleagues was Jackie and she was afraid of upsetting her.

The night after I finished the first draft, I was woken by a powerful dream about my father, who died in 1960. I realised by precise clues in the dream that it was telling me that my grief for JFK was to a great extent my grief for my father. I could then see resemblances, even thought my father was a humble plasterer; e.g. he loved America and had lived there; had a vivid Celtic personality and hair colour --and a decorative wife; two children, girl then boy... The dream, coming just at the right moment (after it might have influenced the writing inappropriately) proved to me that one's unconscious is immensely intelligent and alive.

'Ingenious, almost audacious, in his approach to history.. we witness Thomas at his most moving and complex.'
--Sunday Times

''The principals step onto the Dallas stage as if for the first time. There is a sense of excitement one would not have thought possible in the telling of such an old tale... it succeeds brilliantly in illuminating the no man's land of pain between sleeping and waking.'
--Sunday Telegraph